Hey everyone, welcome to August! Depending on where you are, you might’ve experienced the same heat wave I did, so I hope we’ve gotten through the worst of it and you’re all managing to stay cool!

Anyways, there’s a lot to talk about this month! In this post, we’ve got music news, articles on writing, some YouTube videos, and a little bit of info about what’s been going on with me this past month. So without putting it off any longer, let’s get started!

Guess what? I managed to have a post every Friday this month! It feels like it’s been a while since that happened, so I’m pretty happy about it. Also, I included my Top 5 Female Singers post in the compilation for last month, so it won’t be included here even though it was posted in July.

First of all, two new singles were released this month! The first is “Back From The Dead” from Skillet, for their upcoming album Unleashed. Personally, I don’t find it to be their best music (Comatose is still their best in my opinion), but it’s certainly not bad. Check it out if you’re interested!

The second song is As We Ascend’s “Wash Away.” For those who don’t know, As We Ascend is the new project formed by former members of We As Human after the band unfortunately had to break up in January. To be honest, I don’t really feel like going into all the details of the breakup because it still bothers me, but As We Ascend is a phenomenal band. Also, it’s the current RadioU Battle of the Buzz champion as of this posting, so that’s saying something!

Moving on, if you like Disciple, they’re giving away their “Live in Denmark EP” on their NoiseTrade page. It features live versions of a few of their older songs, so I think longtime fans will especially enjoy it.

And finally, there are three new albums I’ve been listening to this month! The first is Where The Light Shines Through from Switchfoot, which is, of course, amazing. The second is Relient K’s Air For Free  which is absolutely fantastic. It reminds me a lot of Forget and Not Slow Down, and it’s definitely made my list of best albums I’ve heard in 2016.

This last one, however, really takes the cake. House of Heroes released their long-anticipated concept album, COLORS at the beginning of the month. In all honesty, it’s one of the best albums I’ve listened to in a very long time. The story is incredible, the music is amazing, and of course, there are plenty of great vocal harmonies (a bit of a trademark for HoH). I can’t stop listening to it!

I haven’t been keeping up with my YouTube subscriptions very well (whoops), so I just have a few videos to share with you this month.

The first one is from Katie Gregoire (one of my favorite Canadians). I loved her video “What They’re Not Telling You About College,” because it was actually pretty helpful, but not in a super negative way. Also, college students apparently spend WAY too much money on coffee. Thank goodness I don’t like coffee.

The other video for this month is Blimey Cow’s video “Our Brains Weren’t Designed for This Much Bad News.” It’s a bit more serious than some of their other videos, but with a lot of the things that have been going on in the world lately, I think it’s really worth watching.

This month, I have a handful of writing-related articles for you guys! The first one is “7 Reasons You Need Story Theory” from Helping Writers Become Authors. For anyone who’s even remotely interested in writing, especially fiction writing, this is well worth a read.

The second is a more motivational post from Hannah Heath, titled “How to Write Even When You Don’t Feel Like It.” Admittedly, I’ve been really bad about keeping up with my writing projects as of late, so this was actually pretty inspirational for me. For those in the same position, perhaps this will help you too!

The final article is “10 Incorrect Assumptions About Writers” from You Write Fiction. Fortunately, I haven’t had to deal with these misunderstandings too much, but if you’re a non-writer and have a writer in your life, this might be pretty helpful to read.

Well, you already know I was on a missions trip this month (if you missed that post, read it here). Since I already gave a pretty thorough recap in that post, I’ll go ahead and talk about the stuff you haven’t heard yet. 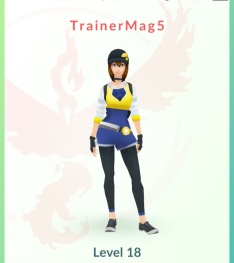 Honestly, it’s amazing I managed to get anything done this month. Because, y’know, Pokémon Go was released in the U.S. If you haven’t heard about it, I applaud you, because this game has basically gone viral and everyone seems to be talking about it. In short, it’s a mobile game for iPhone and Android that implements the real world in the gameplay (i.e. traveling to landmarks in the real world leads you to Pokéstops in the game, where you can restock on items). I’ve been a Pokémon geek ever since… well, a long time, so playing this game has basically made my childhood dreams come true.

But in spite of this addicting game, I did actually do some stuff in July! Our church held Vacation Bible School (VBS) last week, and I had a great time! I was in charge of crafts, which could be stressful at times, but everything went pretty smoothly and I think the kids had a great time!

I also got to go to a Peter Furler concert with a friend of mine, and I took some pictures! For those who don’t know, Peter Furler is the former lead vocalist of popular CCM band the Newsboys, until he stepped down and Michael Tait took over. In fairness, I’m not a huge fan of the Newsboys, but I had a pretty good time!

Other than that, I’ve been spending a lot of time preparing for college. I finally got my dorm assignment, so I’ve been getting a lot of fun stuff like towels and sheets and pencil cups, haha. Actually, I shouldn’t joke about that, room decoration is actually pretty fun for me. I also just ordered my textbooks, and managed to actually not spend an outrageous amount of money, which is a huge relief. It’s just a little under a month until move-in day, so I’m pretty excited!

One last thing before I go – I’m at camp this week! I’ll be gone until Friday afternoon, but never fear, there will still be a blog post waiting for you on Friday morning!

And that’s my month in review! I’d love to hear about what you’ve been up to, whether it’s surviving this heat wave, listening to new music, or just enjoying the summer.

Thanks as always for checking out my blog, and I’ll see you on Friday!

5 thoughts on “Best of July”