The thing is… I wasn’t really expecting to meet it so soon.

Since I no longer have my big reading goal looming over me, I want to be more intentional about what books I read throughout the rest of the year. This is for two main reasons:

Charmaine did a list like this at the beginning of July (which makes a lot more sense, since she still had half a year to work with), so I felt inspired by it and decided to make my own reading commitment for what’s left of the year.

So without further ado, here are 10 books I want to read before the end of 2020!

1) Unravel the Dusk by Elizabeth Lim

My friends, I am living for the growth of duologies in YA fantasy! Listen, trilogies are kind of intimidating – it’s a big commitment! But two books? I can do that.

Anyway, ever since I blew through Spin the Dawn in a matter of days last fall, I’ve been dying to read its sequel. Naturally, I finally got my hands on a copy the week leading up to my Big Move, so who knows when I’ll get to it now. Whenever that is, I know it’s going to be the next thing I read.

2) Children of Blood and Bone by Tomi Adeyemi

I have heard SO. MANY. Good things about this book, so I bought it… and it has sat on my shelf for weeks.  I’ve been so used to reading things in the 300-400 page range lately that something that’s 500+ pages is weirdly intimidating? 15-year-old me is ashamed. This is on my list to read as soon as I finish Unravel The Dusk, so my goal is to at least start it before August is over. I just know I’m going to love it – a fantasy novel with such intricate worldbuilding (there’s a map on the inside cover!!) is always a joy to read.

A few years ago, an indie bookstore near my college hosted an event with Emily Wilson (Odyssey translator) and Madeline Miller. If I was smart, I would’ve bought a copy of Circe that night, but I didn’t. I’m trying to make up for that mistake by reading it now. My roommate who did her senior project on feminist retellings of Greek myths also recommended this book, so I’m sure I’ll enjoy it!

4) The Ship of Shadows by Maria Kuzniar

I think this is technically a middle-grade novel, but as soon as I saw it was about pirates and explorers, I was SOLD. And the blurb mentions that the legendary Ship of Shadows is “crewed by a band of ruthless women,” so like… there’s no reason not to read this book. I’m also told that there’s a library on board the ship, so there isn’t much more I could ask for.

5) A Thousand Beginnings and Endings, edited by Ellen Oh and Elise Chapman

You all probably know by now that I’m a sucker for myths and fairy tales. I’ve accepted my fate. But if we’re being honest, a lot of today’s stories that draw inspiration from mythology stick with ancient Greece and Rome. Sometimes we’ll get some Norse mythology if an author is feeling risky.

I loved reading Julie Kagawa’s Shadow of the Fox trilogy, which finds its inspiration in Japanese myths and folklore. So imagine my sheer joy when I discovered A Thousand Beginnings and Endings, a short story anthology featuring 15 different authors (including Kagawa!) and stories that “reimagine the folklore and mythology of East and South Asia.” I always forget how much I love a good short story until I actually read one, so I’m looking forward to when I’ll be able to enjoy these tales.

6) Outside In by Maria V. Snyder

Quick story for you: the first “official” YA novel I read was Inside Out by Maria V. Snyder, because it was the first book I read in my middle school book club. I bought it at a Borders bookstore (rest in peace), and it still has the sticker on the back. Anyway, I meant to read the sequel… and I never did. That was ten years ago.

I bought the audiobook right before my Audible subscription expired, but I’ve been afraid to read it because I don’t remember much from the first book. If I was smart, I would’ve bought both, but NO. I did not do that.

Anyway, here’s hoping I work up the courage to finally read this and get closure on this duology (). 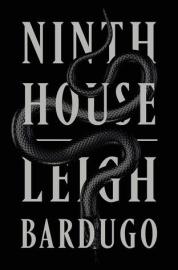 Every time I go to a bookstore, I think “maybe I’ll buy Ninth House today,” and every time, I look at the price tag and my bank account cries out in horror. Seriously, why are “adult” books so much more expensive than “young adult” ones? It’s not my fault I’m old now! Bardugo is one of my favorite authors though, and I know I’ll read this book eventually… it might just have to be after my next paycheck.

8) The Near Witch by Victoria Schwab

I’ll be the first to admit that I know exactly two things about this book: 1) it was written by Victoria Schwab and 2) it was her debut novel. I bought it on a whim because I’m slowly trying to complete my Victoria/V.E. Schwab book collection, but I’ve never been disappointed by her writing, so I’m sure I’ll love this one too once I have the chance to read it.

9) The Radium Girls by Kate Moore 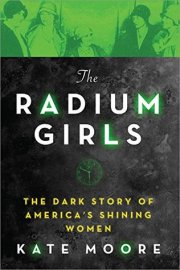 Yay nonfiction! Like Outside In, I bought this right before my Audible subscription expired, but this time, I have no excuses for not reading it yet. Actually, my college’s theatre department did a stage production titled Radium Girls in my freshman year of college, and I was really intrigued by the story. Since I’ll be doing plenty of packing and unpacking this week, maybe I’ll finally give this a shot!

10) The Weight of Our Sky by Hanna Alkaf 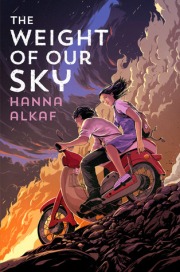 A genre I can never truly get enough of is historical fiction. I mean, Code Name Verity is one of my favorite books. I learned about The Weight of Our Sky through Paper Fury, and I immediately knew I wanted to read it.

Not only is it a historical fiction, but it takes place in Malaysia in 1969 (be honest, when was the last time you read a historical fiction book that wasn’t set a) in the United States or b) during World War II?). There’s also mental illness representation, since the main character has OCD. That’s not something I see talked about in any fiction, so I’m really excited to give this book a try!

What are you planning to read before the end of the year? Have you read any of the books on my list? Is there anything else I should check out? Let’s talk in the comments!